Not A Drop To Drink: Choosing Drought-Tolerant Ornamental Shrubs (Without Leaving Australia)

It's fair to say that Australia's climate is hardly forgiving, with low annual rainfall and frequent droughts a perennial hazard to landscaping plants. As such, finding ornamental shrubs suitable for public spaces, roadside verges and other areas particularly vulnerable to droughts can be challenging -- fortunately, you don't have to look far to find the right shrub for you. Australia's native ecosystem offers a range of hardy and attractive ornamental shrubs that can shrug off the effects of water deprivation. Here are just a few of the native shrubs that nurseries and plant suppliers offer:

This small shrub from the myrtle shrub has a uniquely self-explanatory name, with its pendulous scarlet flowers blooming from one side of each stem and branch. Hardy and remarkably fast-growing, these shrubs can tolerate a wide variety of soil types and climates, and can even resist frosts. They also respond well to pruning (although older plants can have tough, woody stems that become difficult to trim), and tend to flower frequently and prolifically, giving year-round flashes of colour.

One-sided bottlebrushes are very resistant to droughts due to their succulent, needle-like leaves. However, it is important to remember that this drought resistance only comes once the plant has been well-established. Young or newly-planted shrubs will need more watering and general oversight.

Somewhat more attractive than its name would suggest, these compact shrubs combine striking blue-green foliage with large, pale flowers covered in distinctive purple spots. As relatively slow growers, they are easy to manage and generally respond well to pruning, making them excellent choices for containers and raised beds. They are also very long-lived, with surprisingly tough and persistent flowers. As such, they are an excellent low-maintenance shrub for use in busy public spaces. Spotted poverty bushes thrive in dry,-well-drained soil, and can weather severe droughts with few problems.

However, this ponderous growth also has a downside: propagating these shrubs from seeds or cuttings can be difficult. As such, many spotted poverty bushes sold by nurseries are actually grafted hybrids, with rootstock taken from closely related species (such as boobialla bushes) to improve their growth rate and hardiness during early life -- the extra work involved can naturally add a premium to the cost of these shrubs.

These small but vibrant shrubs closely resemble garden rose bushes, and can be grown to serve similar purposes as beautiful, hardy statement plants. However, they are actually much more closely related to cotton plants, and retain the excellent drought tolerance of their cultivated cousins. Often found growing in the wild in dried up creeks and rocky outcrops, they have deep, efficient root systems that can absorb every trace of water available, and desert roses can often survive the most severe droughts with little to no oversight. Since they grow well from both seeds and cuttings, they are commonly sold in nurseries. Keep an eye out for hybrid species and grafted plants, as they often have larger and more colourful flowers that can bloom year-round.

One major downside to this shrub, however, is its relative fragility to accidents and physical trauma, and the thin, woody stems can snap easily. As such, they may not be suitable for busy areas and thoroughfares, and may need to be protected in raised beds or pots.

For more information, talk to a professional like Din San Nursery. 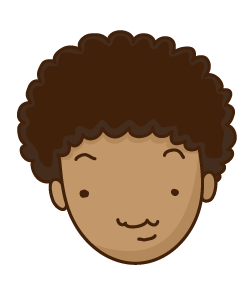 The kitchen is the most used room in my home, and in the past, I found it could get messy and chaotic very quickly. Trying to cook dinner when you can't find an essential appliance or see past the clutter on the counter is no fun. I realised I enjoyed my time in the kitchen more and was more productive when my kitchen was organised and laid out in a way that optimised functionality. I changed my kitchen cleaning and organising routine, decluttered, got rid of appliances I don't use and moved things around to ensure frequently used items were easy to reach. I started this blog to share my tips for creating a kitchen that's enjoyable to use, and I post about ways you can optimise the space you have. I hope you find my posts useful.